"If I Were" Tag, Other Adventures, and Books 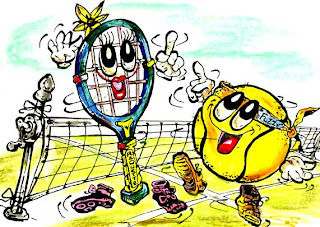 I'm sorry, I haven't been ignoring you all, I've just been busy with tennis, homework, and other school things that I'm involved with. So just a reminder, the Sentence Story contest ends tomorrow but I may consider extending it because I've only received a few entries. What kind of a challenge is that :) Click here for original details. I've enjoyed reading all the entries so far, and can't wait to read more!!! The prize is a guest post here, how exciting :O

Before we get to the "If I Were" tag and bookie things, I'll tell you about just a couple other things.
First of all, my dad hurt himself at work a couple of weeks ago and he had to get it checked out. He found out that he needed surgery. And so he had his surgery scheduled for the day before he and my mom's birthday (yes they share a birthday)... poor guy. The recovery is six months long and he won't be able to work until he is fully recovered, so please pray for him to feel better and for a speedy recovery!

Also, last Friday, it was our first hour class and my teacher Mrs. Rostercampe was telling us about how they do lasik eye surgery. It was just really disgusting to me and I started to feel sick to the stomach and I almost barfed on my desk so I asked if I could go to the bathroom... All I heard was a buzzing in my ears and my eyes had dark spots over them. I felt really light headed and didn't even know if I could make it to the bathroom without either barfing or passing out. By a miracle I made it and leaned against the bathroom stall wall (hey that rhymes!) and when I started to be able to see and hear somewhat normally again I decided actually go to the bathroom (ok, too much info, I know) and after I came out felt a lot better. I walked back to the classroom and Lindy, who sits next to me, said, "Wow, you were really pale!"
And I was like, "I was?" because I was hoping that no one would notice.
"Yeah, when you walked out, you looked super pale. Like as pale as your coat!" (I was wearing a white-ish coat)

I didn't know whether to call home or not because there was something that I wanted to go to that night and if I went, I wouldn't be able to go, but but for the rest of the day I felt a lot better.

Now, on to Tubesdays news. So lately I've been forgetting to do that, but don't worry! I haven't stopped doing it! I have a super funny video planned for next week, so make sure to look for it. And If I forget, please feel free to harass me (kindly of course) in comments!


I was reading Seana's blog the like I always do, and I stumbled across the "If I Were" tag! She said that anybody who was interested may grab it, so I grabbed it! Thanks Sea!
Here goes:

If I were a gemstone, I'd be an emerald or fools gold if that counts ;)
If I were a scent, I'd be caramel pumkin latte
If I were a pair of shoes, I'd be a slightly muddy pair horse riding boots
If I were the weather, I'd be cool and brisk with a small breeze
If I were a facial expression, I'd be a laughing dimple

If I were a car, I'd be a either a VW bus or a sleek Porsche
If I were a time of day, I'd be 8:00 pm
If I were a month, I'd be October
If I were a place, I'd be an a library or Platform 9 and 3/4 (Harry Potter fans know what I'm saying)
If I were a liquid, I'd be a mug of hot chocolate with a hint of peppermint coffee added in
If I were a taste, I'd be salty salt

Now that I'm all finished with that, I nominate all you who want to do this too! Yay, congrats everyone! Haha.


Now finally what you've all been waiting for, I'm sure: book news!
First of all, Hilda sent me a copy of her book, The Invisible Spy, for being "the most helpful advertiser" I guess. I was so excited to get it! It came on Tuesday and I was like freaking out. Thank you Hilda! :) She also included a whole bunch of book marks for me to pass our to my family and friends, but I don't think I know enough people. I don't even think there is that many people in my entire school for the amount of bookmarks she gave me. :) I will be reading and reviewing the book here as soon as possible. Click here for links of where you can buy if for yourself! (Also, I believe that there is a picture of the cover on the right side of my blog that you can click that will also take you there)

Now for a quick book review.

AUTHOR: The Harvard Lampoon (they can't even say the real author on the cover of the book or inside anywhere! That's all it said) 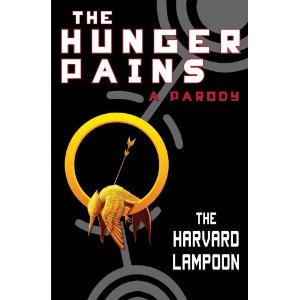 SYNOPSIS: (found on back of book)
Winning means wealth, fame, and a life of therapy. Losing means death, but also fame! This is the hunger pains. When Kantkiss Neverclean replaces her sister as a contestant on the Hunger Games--the second-highest-rated reality TV show in Peaceland, behind Extreme Home Makeover-- she has no idea what to expect.
Having lived her entire life in the telemarketing district's worse neighborhood, the Crack, Kantkiss feels unprepared to fight to the death while simultaneously winking and looking adorable for the cameras. But when her survival rests on choosing between the dreamy hunk from her home, Carol Handsomestein, or the doughy klutz, Pita Malarkey, Kantkiss discovers that the toughest conflicts may not be found on the battlefield but in her own heart . . . which is unfortunately on a battlefield.


GOOD STUFF: Well, there was a few funny things, it being a parody of The Hunger Pains, but that's about all the good stuff in there.

RATING:  If 1 was absolutely awful and 10 was the best ever, I would give it a 2 out of 10 because of the reasons above.

RECOMMENDED READERS: No one really, don't even pick it up, it's one of those books where you want to know how it ends, so you read it all and waste your time that you could be reading something productive. But if you really want to read it (I don't know why you would), it would be best if you were of the female gender....... yeah.

COMPANION BOOKS: None that I know of, thankfully.

Don't forget to enter the Sentence Story Contest! It ends tomorrow unless I choose to extend it.
July