Somehow, the world is still spinning.

So I'm guessing you've all heard the news by now. Whether you're a citizen of the United States of America or not, I'm sure the whole world was watching what played out on the night of November 8 at America's polls. Every four years we elect a new president through series of debates, a cutdown, more debates, and eventually a public vote between two main candidates (with the help of the electoral college, of course). This year, the stakes were especially high, given the two candidates.... a democratic liar and so called baby killer who put the nation at security risk, or a republican hothead whose disgustingly hateful words and policies spewed a trance of fear over the nation.

Somehow, we were supposed to pick one of these to be the new face of our country.
Somehow, we were supposed to make the choice between who is bad and who is worse.
Somehow, we were suppsosed to pick the person who will be selecting up to 4 new members of the Supreme Court (which is a lifetime appointment) so they can judge laws based on the constitution. (Because of this huge opportunity for the president to pick new Supreme Court members, whoever we elected as president would have extremely influential control over the future of the country and its policies.)
Somehow, they exected us to choose between Donald Trump or Hillary Clinton to be president.

I got to vote for the first time on November 8, and what should have been an exciting privilege seemed to turn into a mentally exhausting chore. As a Christian and a woman who refuses to be strictly Republican or Democrat, I had no idea who to vote for. Because my faith is very important to me, I could not justify voting for either Donald or Hillary, people who have both done and said things that go very much against what the Bible has taught me.

"Oh, but so and so is more right..."
"Oh, this candidate has really good people working with them..."
"Oh, but July, this person says they'll..."
Trust me, I've heard all of the arguments for why I should vote for one candidate over the other, and I've considered them all. To me though, politics is more than just one issue. Politics is more than talk; it's action. And neither of these candidates have shown me a way that they are going to unite America. Both talk a lot, but it's all divisive and extreme.

I knew that no matter who won in the end, I would be equally as shocked, upset, and afraid for the country. So instead of conforming to what one disgusting political campaign or the other was trying to tell me, I decided to vote for neither.
"Wait, I thought you said you voted?"
Yes, yes I did. I actually ended up voting for a third party candidate who I knew had no chance of winning because I wanted to show my government that I am not ready to settle. I wanted them to see that a percentage of the American people are not content with either candidate and that something is not right. Whatever opinion you have on my choice is yours, but that was the only thing I could justify doing as a Christian in this election.

And then what? Well, news broke that Donald Trump has won the election.
What? No, seriously.... WHAT? He was not supposed to win. No, he wasn't. This does not seem right.... his whole entire campaign was just a horrible joke.... wasn't it? Apparently not. And it seems like we've moved 100 years back in progress with this election.
How did we, the American people, manage to elect an unintelligent, hateful, authoritarian, loud mouth man with no political background? How did the man who talked nonstop about his disgusting wall between the US and Mexico get elected? How did the man who threatened mass deportations of immigrants and closures of the boarders to refugees get put in office? How did the man who bragged about "grabbing women by the p---y" because "when you're a star, they let you do it" become president? These are only three examples of the kinds of things Donald Trump has said... there are many more that I could name here, but I'll spare you. I just can't understand how the man whose ENTIRE CAMPAIGN was built on FEAR and HATRED could become president.

I'm sorry if I come off as kind of pissed off in this post. It's probably because I'm struggling with the decision my country made. Granted, I'd probably be having similar (but less grumpy) thoughts if Hillary became president. It just seems hopeless either way.

I wish I had the right words to express my thoughts.... but I don't, and I don't think I'll ever be able to communicate this next thought effectivley. So here's what I'm trying to say, I guess.
Today more than ever is the United States of America divided. Many are now being forced to live in extreme fear and anxiety about their future in the United States (immigrants, Muslims, LGBTQ+, women, etc.), yet others are overjoyed that "America is going to become great again," and some, like me, are upset either way (but especially upset with this particular outcome). The United States is very broken and split right now.
We can't sit by again and let injustice overtake us.
While our new president brings hatred, fear, and divisions, we need to find a way to bring unity and community. Despite high tensions and differences in opinion, we need to work together to get to know each other and find common ground to defeat all hatred in our country. Even if you are a Trump supporter, you are not off the hook. It is not your time to gloat around and intentionally or not terrorize your neighbors and friends who Donald Trump threatens. It is your responsibility as a human to care for your neighbors love them no matter who they support(ed). It's not the time to make excuses for why "they're wrong" or why you "just can't defend" a certain kind of people or their behavior.
Together, we need to override our leader's love of power with the power of love. Only then will the USA and the world begin to find peace and true harmony.
We MUST strive for justice and equality for all. We must fight for the rights of others and be unafraid to lift our voices. Practice civil disobedience, and above all, know that the King of all kings is somehow working through the situation for good even if we can't see how right now.
God Bless America. 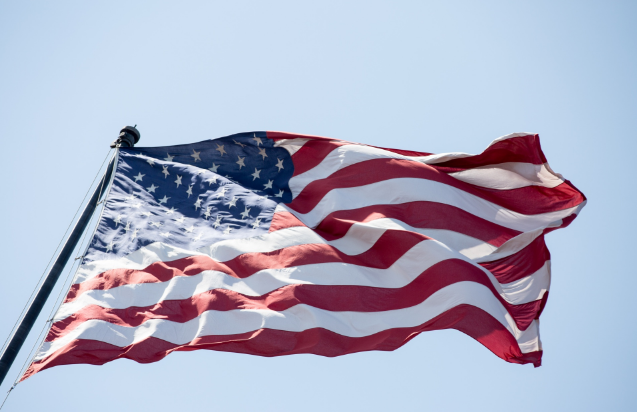 That's it. Congrats if you made it through this whole post! This is one of the most vulnerable things I've written here. These are just a few of my confused and scattered thoughts about what transpired in my country on November 8, so if you're interested in knowing more, please do your own research into the situation. Whether you're American or not, I'm really curious to hear your thoughts about this whole election fiasco. I'm open to questions and conversation.