My Thoughts on The Blizzard Ball

Hallooooo! Do any of you get that reference? No? Didn't think you would. Anyway, this past Saturday my school held a dance called The Blizzard Ball (a Sadie Hawkins dance, and NO I didn't NOT ask anyone!) and I decided to go. This dance was a lot more fun than the last one and I danced with a lot more people too. The homecoming dance in September was so horrible that I wasn't even going to go to this one, but my friend Leanne and I went to the mall and both of us just happened to buy dresses for this dance.... So I went.
On Saturday afternoon, I found myself at Seana's with Evelyn, Sayre, and Katie to help each other get ready and to just have a good laugh. And we sure did laugh!
Anyway, it was a ton of fun, especially eating pizza together and having a mini photo shoot doing crazy things in our dresses.

My dress was blue with a beautiful lace pattern on it. I wore leggings underneath so I wouldn't have to worry about flashing anyone and I could be carefree all night long!
This dress is from Macy's and the original price was $65, but I only paid $15 because I shop the sales! 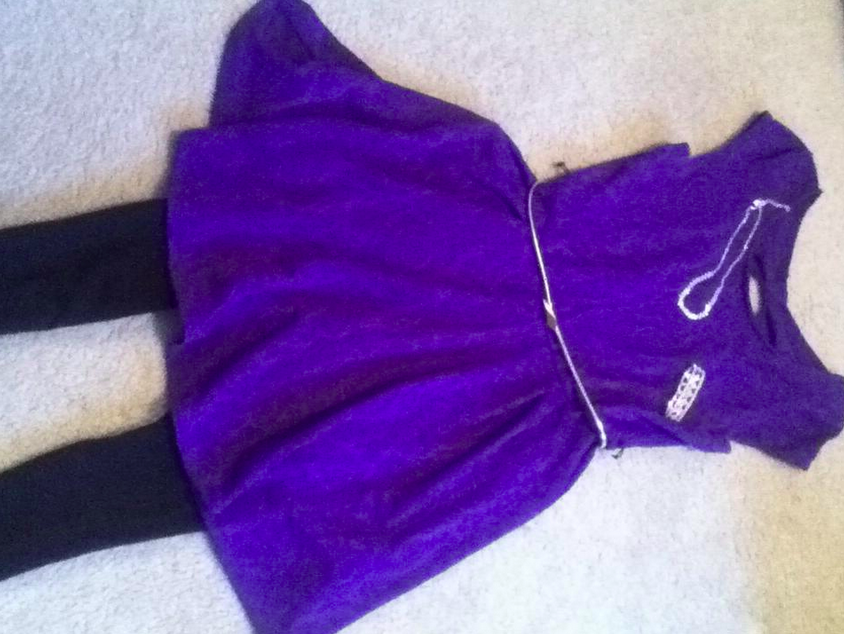 You can see the pattern a little better here. 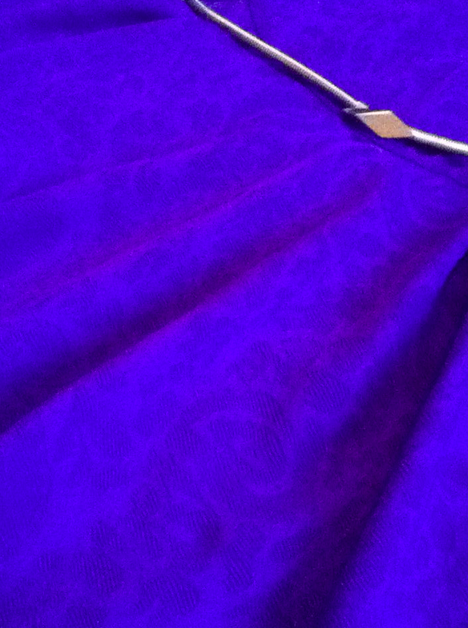 I wore a gold belt that I found at a garage sale around my waist to add a little pizazz. 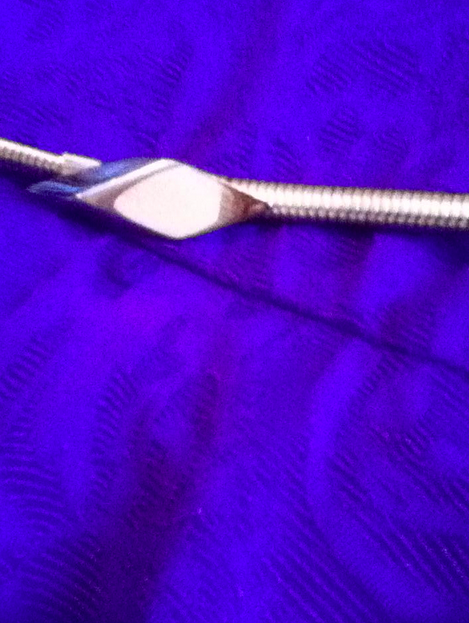 I found my shoes on clearance, so they're probably not the most adorable things you've seen, but the blue jewels matched my dress, so weyhey! 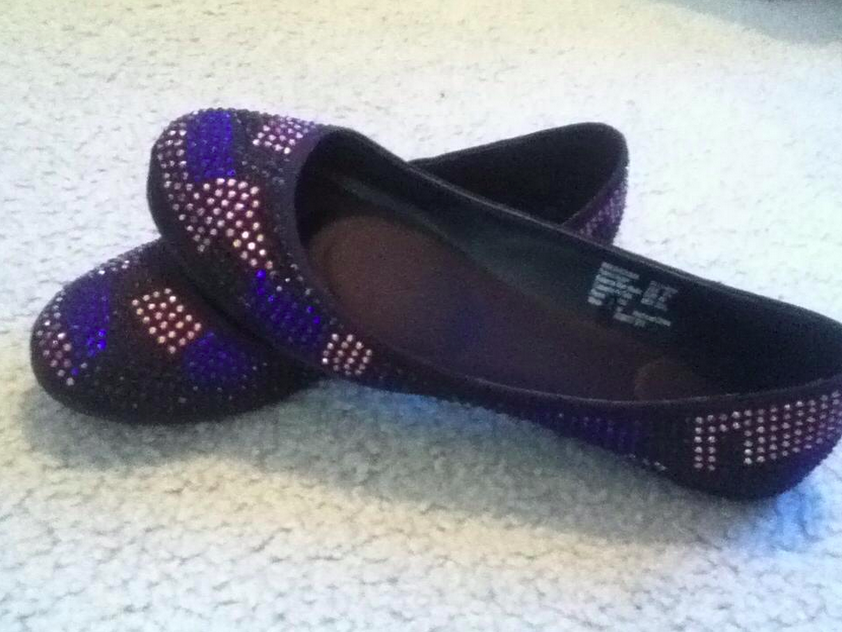 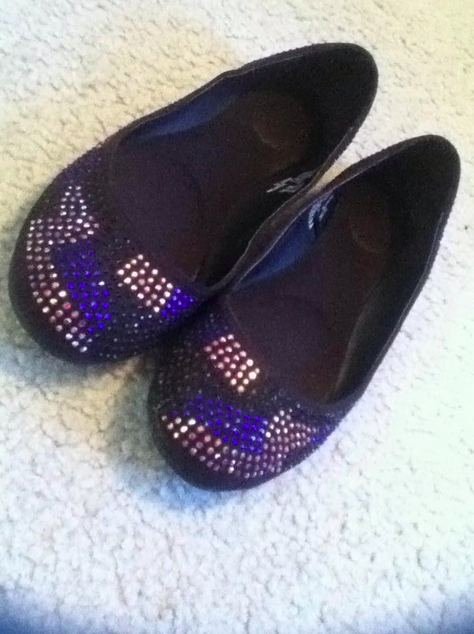 I bought this bracelet specifically to go with my necklace and earrings, but sadly, I didn't end up wearing it because it snagged my dress every time it touched, and I didn't want a tear :( At least it wasn't too expensive! 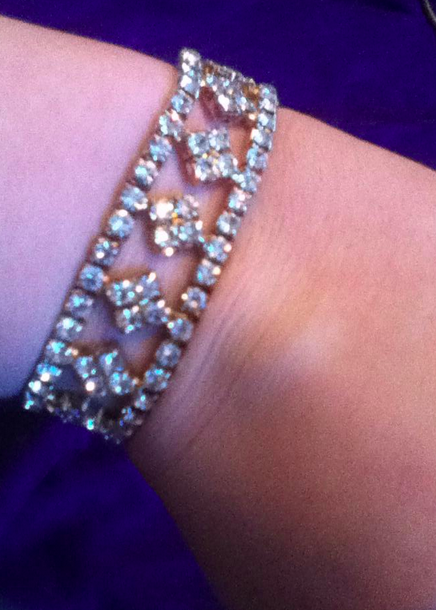 My necklace! I bought this for $2 at Old Navy, aren't you proud? It's hard to see in the photo, but there is three little diamonds making up each section. 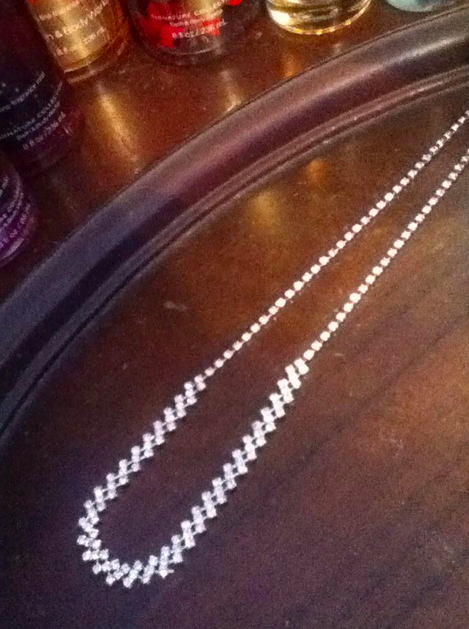 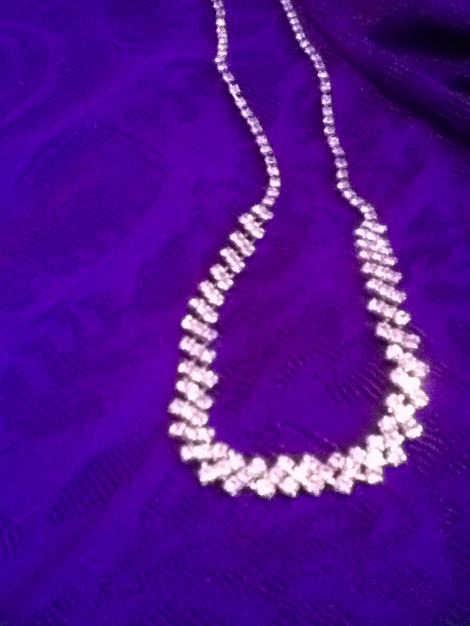 My mom bought these earrings for me at JC Penneys :) 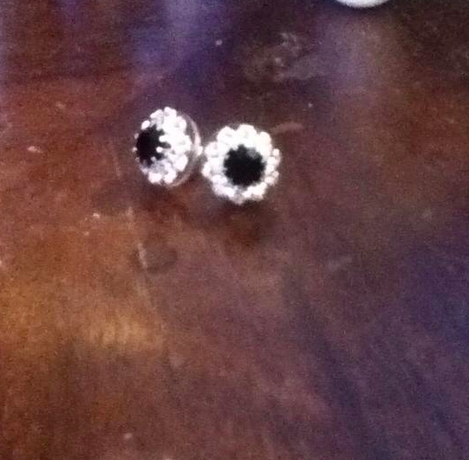 Sorry for the horrible picture quality, I took them on my iPod.

Anyway, our photo shoot took quite a long time and by the time we arrived, we thought we were going to be 20 minutes late for the dance, but we were actually 10 minutes early. That was awkward! There was absolutely no one there at all.
The dance got rolling and we headed out onto the dance floor with all of our other friends. It was crazy. To those of you who haven't attended a high school dance yet, they're nothing like Disney movies make them out to be. It's basically a bunch of people acting insane and moving their bodies in unnatural ways, ahaha. This time the music was more familiar to me and I basically danced the whole time aside from some water breaks, boy was it hot in there!
Seana and I were trying to get our friends Emily and AJ to dance together and we kept making little hearty motions at Em, but I think we embarrassed/annoyed AJ, whoops, haha. Sorry AJ!
It being a high school dance, there were obviously some scandalous stuff going on as well like dirty dancing and making out, but I tried my best to avoid all of that. Most people were wearing modest dresses, but there were the few that needed to put some more clothes on.

The dance finished at 11:00pm and my brother and I hopped in our car to drive home (Sea, Sayre, Evelyn and Katie had other rides) and we were halfway there when my brother randomly said, "Do you want to go to an after party at my friends house?" And naturally, I was like "sure!" So we turned around and started driving there.
*I admit it was a little awkward because my brother and his friends are all older than me, but it was alright and I survived*
When we called my mom to let her know where we were going, we were met with a little resistance because she thought it was too late. Little did she know, we were already there, so she let us stay. There was food and drinks and believe it or not, we danced some more. He even had a disco ball in his basement to make it feel legit. It was awesome.

It was a good time and probably one of the highlights of my school year! How have your school dances been?